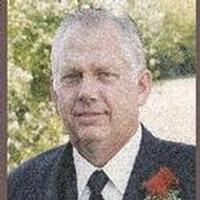 Darrell was born December 23, 1956 at Keokuk, Iowa, the only son of David and Wilma Colvin St. Clair.

He married Shelly Ragan and they were the parents of Dallas and Betsy. On August 15, 2010, he married Melissa Kjorvestad.

Survivors include his wife, Melissa, of Niangua, MO; his parents, David and Wilma St. Clair of Kahoka, MO, mother-in-law, Marie Stuber of Niangua, MO; a son, Dallas St. Clair and his wife, Adrienne of Des Moines, IA. He was anxiously awaiting the birth of his St. Clair granddaughter this coming June. Also, a daughter, Betsy St. Clair and her fiancÃ© Allen DeMois of Jefferson City, MO and his son, Carson; two step-children, Abby Kjorvestad and Tyler Kjorvestad, of Niangua, MO; two sisters, Doris St. Clair Anderson of Nixa, MO and Jan Roberts and her husband, Gary, of Burlington, IA; brothers-in-law and sisters-in-law, Julie and Stanley Whitehurst of Marshfield, MO, Ted and Charity Stuber of Niangua, MO and Amy and Mitch Bridges of St. Louis, MO; as well as nieces, nephews, cousins and other relatives.

Darrell graduated from Clark Co. R-1 High School in 1974 and from Northeast Missouri State University in Kirksville in May of 1980 with a degree in Criminal Justice.

He was a former Clark County Deputy Sheriff and Assistant Vice President of the Commerce Bank of Kahoka. In August of 1991 he took a job with the State of Missouri Department of Insurance and later with the State Economic Development and as Project Manager for the University of Missouri. He moved to Southwest Missouri following his marriage where he held a trucking position.

Darrell's faith was an important part of his entire life. He was raised in the First Baptist Church of Kahoka and was a member of Union Hill Baptist Church in Holts Summit, MO. He loved hanging out with friends and family, but his true passion was spending time on the family farm in Clark County. He loved deer hunting with his children, and farming with Carson. His children were his treasure.

Memorials were suggested to Darrell St. Clair Trust for his children.

To order memorial trees or send flowers to the family in memory of Darrell Clair, please visit our flower store.