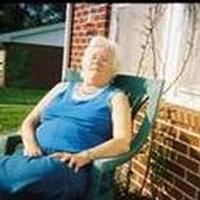 Darlene was born April 8, 1939 in Colton, CA, a daughter of Frank and Frances Fisher Gregory.

She married Robert Gale Cole and they were the parents of four children. They later divorced and she married Daniel A. Trombley who preceded her in death.

She was preceded in death by her parents; her husband, Daniel one son, Robert Leslie Cole; and a sister, Doris Jean Schmidt.

Darlene was raised in California. In 1975 she and her sisters were hit by a train in California, receiving extensive injuries, including a head injury which required her to relearn everything. It was by the grace of God that they both survived and were healed. She moved to Missouri fifteen years ago to be near her her baby girl, Tami. She first lived in Kahoka and the last nine years in Wyaconda.

She was a homemaker most of her life. She attended the Cedar Grove Baptist Church and had a very strong faith. She loved her grandchildren, loved to spend time crocheting, cross stitching and rarely missed a NASCAR race. She was a participant and member of the OATS program.

Cremation rites have been accorded and at this time there will be no visitation or
services.

To send a flower arrangement to the family of Darlene F. Trombley , please click here to visit our Sympathy Store.

To order memorial trees or send flowers to the family in memory of Darlene Trombley, please visit our flower store.