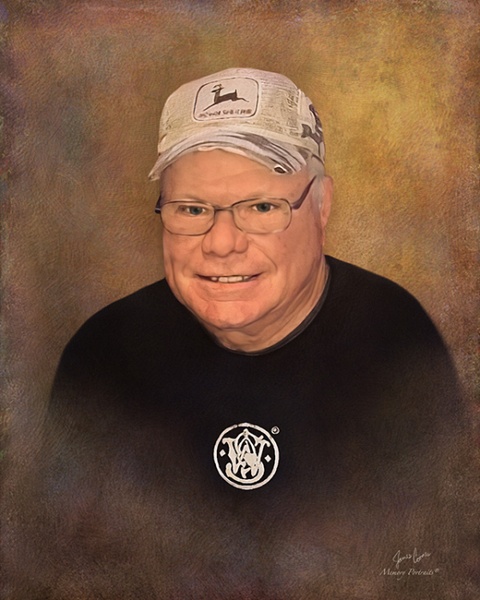 Danny Jo Wilson, 71, of Kahoka, passed away at 12:55 pm on Tuesday, January 25, 2022 at Barnes Jewish Hospital in St. Louis.
He was born on July 10, 1950 in Keokuk, Iowa the son of the late Hugh and June (Barker) Wilson. Danny was a graduate of Clark County High School, class of 1968. He later went on to attend the University of Missouri in Columbia, where he was a member of alpha gamma sigma. Danny was united in marriage to Shirley Hunziker on June 13, 1970 at St. Paul ‘United Church of Christ in Kahoka. Together they moved near the family farm, where he began his lifelong farming career. Danny later drove a semi from 1987 to 1994 before rejoining his brothers on the century farm.
In his younger years, you could find Danny spending time at the tracks, drag racing or horse racing. “Spud” had a love for the outdoors and enjoyed everything that it had to offer; hunting, trout fishing, and side by side riding with family and friends. He and Shirley looked forward to camping, beers, and cheers at the Iowa State Fair, Clark County Fairs, and Wilson Lake every year. Danny always greeted you with a smile, open arms, and kiss, or wearing his whitey tighties. Danny spent several years as a loyal member and officer of the Moose Lodge #1432 enjoying shuffleboard, music (especially Lynyrd Skynyrd), and dancing.
Danny is survived by his wife of 51 years, Shirley,  three daughters; Danelle (Justin) Brunk of Kahoka,
Danita (Andrew) Perry of Wallis, Texas, Davin (Jason) Acklie of Kahoka, and a son: Darin (Paula O’Brien) Wilson of Kahoka, grandchildren; London and Kiara Brunk,  Colten and Bristol Perry, Allison, Isiabell and Ian Acklie, Danika Wilson, Keelie and Mackenzie O’Brien, two brothers; Keith (Linda) Wilson of Kahoka, Herbert (Teresa) Wilson of Kahoka, brothers in-law; Dean (Dorothy) Hunziker of Kahoka, Rick (Lesia) Hunziker of Kahoka, and James  Crane of Canton, a sister in-law; Kay Cameron of Kahoka and by several nieces, nephews, cousins and good friends. Besides his parents, Danny was preceded in death by a brother; Monte Wilson, his mother and father in-law; Glenn and Lenora Hunziker, sister in-law; Becky Crane and by two brothers in-law; Gary Cameron and Delbert Hunziker.
A visitation was held from 12:00 to 2:00p.m. on Saturday, January 29, 2022 at St. Paul United Church of Christ in Kahoka. Funeral services honoring Danny’s life followed at 2:30 pm. Private family interment followed. Memorial contributions in memory of Danny were suggested to the Clark County Fair or to the Clark County Local Cancer Fund. The arrangements and care were under the direction of the Wilson & Triplett Funeral Home in Kahoka. You are invited to share your memories of Danny and leave a condolence at www.wilsontriplett.com
To order memorial trees or send flowers to the family in memory of Danny Wilson, please visit our flower store.