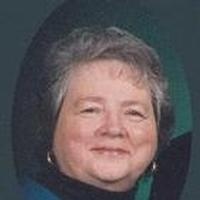 Louise was born May 16, 1938 near Williamstown, MO, a daughter of Roy Carlisle

On January 14, 1955, she was united in marriage to Marvin Ridgely at Williamstown,

MO, and to this union three daughters were born.

Karl Bishoff of Canton, MO and Keith Bishoff of LaBelle, MO; a brother-in-law, Darryl Ridgely of Macon, MO; an aunt, Etta Hudnut, of Palmyra, MO; as well as nieces, nephews, cousins and other relatives.

She was preceded in death by her parents, her husband Marvin, her brother Kenneth Bishoff and sister-in-law Delores Ridgely.

Louise was a 1956 graduate of Williamstown High School.

She was a partner with Marvin in their farm and other businesses in both Lewis and Clark Counties. She was a faithful member and treasurer of the Providence Baptist Church near Williamstown.

Funeral services were held Monday, November 7, 2011, at 1:30 p.m. at the Providence Baptist Church near Williamstown, MO, with burial in Providence Church Cemetery.

Officiating at the service was Pastor Lonnie Nelson.

Visitation was held at Wilson Funeral Home after noon on Sunday with family receiving friends from 3-5 p.m.

Memorials were suggested to the Presbyterian Homes of Ankeny, IA.

To order memorial trees or send flowers to the family in memory of D. Ridgely, please visit our flower store.