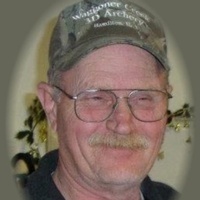 Cliff was born January 7, 1952 in Keokuk, IA, a son of Arthur Eugene and Deloris Riffle Wollam and was raised near Sweet Home Hill near Revere.

He was married to Kathy Butler and they were the parents of four children: Angela, Cary, Christopher and Clifford.

He was preceded in death by his father; a son, Christopher; one brother, James A. Wollam; and nephews, J. R. Clemens and Jason Ray Burdette.

Cliff was a 1970 graduate of Clark Co. R-1 High School. One of his first jobs was as a "bouncer" at the former Palace in Keokuk. Following high school he worked for Bailey’s Discount Store until going to work for Ball GMC on July 15, 1985. He retired after thirty years on December 31, 2016. He was a talented diesel mechanic and was a mentor to many of those he worked with.

Cliff was a very active member of the Kahoka Jaycees whose chapter was noted throughout Missouri for their involvement in community affairs. He loved to hunt and fish, attend bow shoots as well as participate in them. He also enjoyed trap shooting and drinking coffee each day with his friends.

Friends called at Wilson Funeral Home in Kahoka after 9 a.m. Monday with family receiving friends from 6-8 followed by an informal time of sharing. Special recorded music included: "I Can Only Imagine" by Mercy Me and "A Simple Man" by Lynyrd Skynyrd.

Cremation followed with inurnment to be held at a later date in the Kahoka Cemetery.

In Lieu of Flowers, a memorial for Clark Co. R-1 student attending a technical school has been established and checks may be made payable to "Clifford Wollam, Sr. Memorial Scholarship Fund" at the Kahoka State Bank and may be left at funeral home or at the bank.


On-line condolences may be expressed at www.wilsonfuneralservice.com.

Friends may call at Wilson Funeral Home after 9 a.m. Monday with family receiving friends from 6-8 p.m. followed by a TIME OF SHARING.

Friends may call at Wilson Funeral Home after 9 a.m. Monday with family receiving friends from 6-8 p.m. followed by a TIME OF SHARING.

To order memorial trees or send flowers to the family in memory of Clifford Wollam, Sr., please visit our flower store.