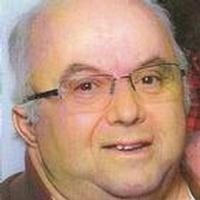 Clifford Eugene Knupp, age 62, of Wyaconda, MO, passed away peacefully on Thursday, June 12, 2014, at his home surrounded by his family.

Cliff was born February 12, 1952 in San Diego, CA, a son of Wesley and Helen Sprague Knupp.

He and Betty Brookhart were married on July 4, 1993, at the Wyaconda Baptist Church.

He was preceded in death by his grandparents, Paul and Iris Knupp and LaVerne and Lorene Sprague; father-in-law, Noel Brookhart; and a sister, Rebecca Lynn Knupp.

Clifford was a 1970 graduate of Wyaconda High School and a graduate of Linn Tech. He was a long-time employee of Pepsi Co. at Memphis and the past several years had been an employee of the Clark Co. R-1 School District.

Clifford loved woodworking and spent many hours on his projects throughout his house and yard and enjoyed sharing his talent with others. He was also an avid gardener and loved spending time working in his yard. First and foremost, he loved playing with his grandchildren and giving them rides around the yard and around town on a tractor or golf cart. For their enjoyment as much as his own, he enjoyed collecting M & M dispensers and lighting up his home at Christmas.

He was always helping others and enjoyed being around friends and neighbors and loved the children in the school district. He was an awesome father and "step-up-to-the-plate" dad.

Funeral services were held Saturday, June 14, 2014 at 2 p.m. at Wilson Funeral Home in Kahoka with Pastor James Leezer officiating. Burial was in the Wyaconda Cemetery.


Memorials were suggested to the Wyaconda Cemetery, the Blessing Cancer Center or the Wyaconda Baptist Church.

To send a flower arrangement to the family of Clifford Eugene Knupp , please click here to visit our Sympathy Store.

To order memorial trees or send flowers to the family in memory of Clifford Knupp, please visit our flower store.