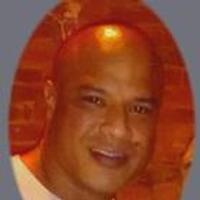 Chris was born November 27, 1973 in Phoenix, AZ, a son of David and Noy Saconsin Genkinger.

Chris was a graduate of New London (IA) High School and attended SCC in Burlington.

The past thirteen years he had been employed by General Electric in Burlington.

At the age of 15, Chris began bodybuilding which quickly became his passion. He was featured in numerous magazines through the years and had many sponsorships. He belonged to many gyms in the area, working as a personal trainer as well as mentoring and motivating other individuals and giving them advice in how to properly train in order to achieve their intended goal. He gave willingly of his time to work with the Central Lee football team in proper usage of working weights and appropriate ways to train. Regardless of who he was working with, he was a caring, generous, and compassionate man who desired to make the world somehow better. The comment was made that "he was a great competitor, but an even greater man".

His other passion was his family. He loved them and dreamed of great things for them and wanted each person to achieve his or her dream. He was an amazing dad who took time to coach and spend time as much possible with the girls. He got into puppets when Gracey was born and collected quite a few in the next several years and was always lurking around a corner or somewhere unexpected to surprise or embarrass. He was a soft spoken man with an even softer heart.

Friends called at Wilson Funeral Home in Kahoka, MO, after 9 a.m. on Friday with family receiving friends from 5:30 until 7:00 p.m. A Celebration of his Life followed at 7:00 p.m. with Pastor Matt Hunt officiating.

Memorials are suggested to his family with checks made payable to Sarah Genkinger.

To send a flower arrangement to the family of Christopher N. Genkinger , please click here to visit our Sympathy Store.

To order memorial trees or send flowers to the family in memory of Christopher Genkinger, please visit our flower store.