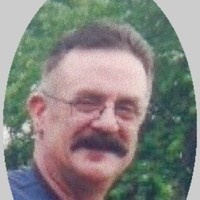 Christopher was born March 26, 1959 in Fairfield, IA, a son of George and Eva Creech Adams.

He had spent the past 38 years with the love of his life, Julie Schwartz. She survives as does their children: Eva (Jamie) Hanlin of Canton, Christina Adams of Canton, Niccole (Colby) Tate of Keokuk, Cynthia Adams and fiancé Bryan Young of Wayland and Cassidy Adams of Canton; five grandchildren: Natalee Washburn, Julianna Washburn, Gracie Stice, Lucas Stevens, Sophie Young as well as Baby Tate who he looked forward to holding in his arms; Julie’s parents, Glenda Threet and her husband, Leon, of Crowley, TX and Lotus Schwartz, Jr. of Atlanta, GA; his siblings: Doug Adams of Birmingham, IA, Steve Armstrong of Mt. Pleasant, IA and Cynthia Adams of Hull, MA; Julie’s siblings: Lori Davis of Atlanta, GA, Sherri Schwartz of Arkansas, Lotus Schwartz III of Connecticut, and Jay Schwartz of Atlanta, GA; his nephews, Douglas Adams and Christopher Roe; as well as other relatives.

He was preceded in death by his parents and a sister, Maria Roe and her son, Michael Roe.

Christopher graduated from Fairfield (Iowa) High School. He had been a truck driver for 40 years and at his retirement in 2015 ran short hauls for S & H Transportation out of O’Fallon, MO, which enabled him to be home with his family every night. He was very proud of his clear driving record and dubbed himself a "superb driver".

Christopher lived a very full and happy life. He loved and lived for his kids and grandkids and was a tremendous and loving husband to Julie. He was blessed to have them all near and that they were such a close knit family.

He also enjoyed many things including sports: he was a huge fan of the New York Yankees, Pittsburgh Steelers and Kansas City Chiefs and loved seeing their victory on Sunday. He also enjoyed watching movies, fishing and mushroom hunting. More than anything, big family get togethers were important to him. Every Sunday was a family day cookout which made it very special to have kids all home and added to that was his love for his dog, Georgia. Most important was his big heart, he had a unselfish, giving heart and would do anything for anyone.

Funeral services were held on Wednesday, February 12, 2020 at 10:30 a.m. at Wilson Funeral Home in Kahoka. Burial followed in the Frazee Cemetery.

Friends could call Wilson Funeral Home after 9 a.m. on Tuesday with family receiving friends from 6-8 p.m.

Memorials were made to Julie Schwartz.

To send a flower arrangement to the family of Christopher S. Adams , please click here to visit our Sympathy Store.

Friends may call at Wilson Funeral Home after 9 a.m. on Tuesday with family receiving friends from 6-8 p.m. Tuesday.

Friends may call at Wilson Funeral Home after 9 a.m. on Tuesday with family receiving friends from 6-8 p.m. Tuesday.

To order memorial trees or send flowers to the family in memory of Christopher Adams, please visit our flower store.