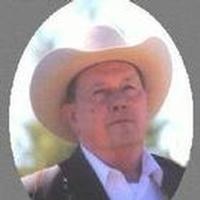 The son of Chester and Genevieve M. Vantiger Louck, Chester Garren Louck was born April 24, 1945 in Fort Madison, IA. He was married to Linda Goldie. They later divorced and she died in 2010. He and Jamie Bosch were married October 4, 2003 in Miami, OK.

He was preceded in death by his parents; a daughter, Andrea Shelton; and two half-brothers.

Gary was a certified Ford technician and had worked in Iowa and Oklahoma. He worked for Clark Farm Store and was self-employed before his retirement. He enjoyed watching NASCAR and Professional Bull Riding competition. He spent time riding his horse, Sandy, and fishing.

Funeral services were held Saturday, November 6, 2010, at 10 a.m. at Wilson Funeral Home in Kahoka with Pastor Shawn McAfee officiating. Burial was in the Denmark (Iowa) Cemetery.

A memorial has been established.

To order memorial trees or send flowers to the family in memory of Chester Louck, please visit our flower store.