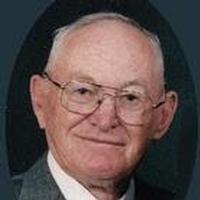 Chester was born October 21, 1923 in Clark County, a son of Elmer and Ona Craig St. Clair. He married Virginia Bevans on October 17, 1942 in Kahoka. They had recently celebrated their 69th wedding anniversary. They lived on the century-old farm south of Wyaconda for 60 plus years before moving to Kahoka.

He was preceded in death by his parents; a son, Francis St. Clair; two grandsons, Emmett St. Clair and one in infancy; and two brothers, Virgil and Kenneth St. Clair.

Chester graduated from Williamstown High School. He farmed his entire life and always worked hard to provide a living for his family. He was a long-time member of the Wyaconda Lion's Club and former school board member. He loved to trap, fish, hunt and go 4-wheeling with the grandkids. He always enjoyed playing cards with friends and family, and after moving to Kahoka he continued the tradition at the Clark Co. Senior Center.

On August 29, 1943 he joined the Ballard Baptist Church (now South Wyaconda Baptist Church) and on July 11, 1954, became a deacon. He served as Sunday School superintendent for many years. His faith and his family were dear to him.

Funeral services were held Saturday, November 26, 2011 at 10:30 a.m. at Wilson Funeral Home in Kahoka with Pastor Basil Bevans officiating. Burial was in the Ballard Cemetery.

Visitation was held at Wilson Funeral Home after noon on Friday until 5 p.m. with family receiving friends Saturday from 9:30 a.m. until time of services.

Memorials were suggested to the Ballard Cemetery or the Clark Co. Senior Center.

To order memorial trees or send flowers to the family in memory of Chester Clair, please visit our flower store.