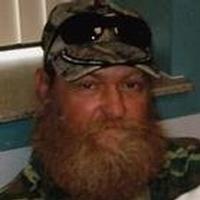 Charles W. "Chuck" Nichols, age 49, of Kahoka, MO, died peacefully, Saturday, July 27, 2013 at Blessing Hospital in Quincy, IL. Chuck had suffered from juvenile diabetes from the time he was a child.

Chuck was born July 8, 1964, in Keokuk, IA, the son of Floyd and Esther Sherrill Nichols.

He was preceded in death by his parents; his grandparents; and brother-in-law, Mark Morgan.

Chuck attended Clark Co. R-1 School. He was unable to complete his education due to his juvenile diabetes. He was baptized by Parson Bill at the Kahoka Christian Church on an Easter Sunday.

Chuck worked at Fruehauf until it's closing and had been retired since due to his health.
He had served on the Kahoka Fire Department for 12 years. For several years he and Tracy traveled with his sister, Sherri, and brother-in-law, Greg, throughout the country with their Kettle Corn business. He was a true outdoorsman and loved to hunt, fish, and boat. He was also an excellent carpenter. He had touched many lives throughout his years and was a wonderful husband, father and grandfather.

At his request, cremation rites have been accorded. Private memorial services will be held at a later date.
Memorials are suggested to his family.

The family is being served by Wilson Funeral Home.

To send a flower arrangement to the family of Charles W. "Chuck" Nichols , please click here to visit our Sympathy Store.

To order memorial trees or send flowers to the family in memory of Charles Nichols, please visit our flower store.