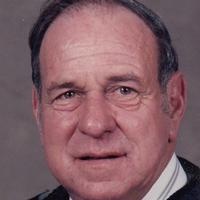 Chuck was born June 17, 1935 at his parent’s farmhouse near Luray, MO, a son of Charles C. and Glennis Sommerville Kerr.

He was united in marriage to Wilma M. Oilar on August 3, 1958, at St. Paul United Church of Christ in Kahoka.

He was preceded in death by his parents; a brother, Leslie A. Kerr and his wife, Mary Ann; and five brothers-in-law, Robert Bucy, Verald Fritz, and Eston, Edward and Don Oilar.

Following his military career, Chuck returned to Clark County and worked as a mechanic for Austin Diehl. His next job was driving a truck for Bill Arnold at Home Gas. In 1973 he was able to purchase his own business known as Willcoxson Transport which he and his family have operated since that date and continue to do so. He was a member of St. Paul United Church of Christ in Kahoka.

Chuck and Wilma traveled by motorcycle to 48 states, Mexico, and all seven provinces of Canada in the 1980's with friends. Chuck loved visiting and looked forward to his twice a day visits to the local coffee shop. He worked very hard and was generous with his equipment and knowledge. For many years he provided the stage and equipment for the Clark Co. Fair and semi for transportation of band equipment for numerous trips and competitions. He gave lectures on handling anhydrous and leaks locally and outside of the area.

More than anything, he was proud of his family and loved spending time with them and sharing their accomplishments.

Memorials are suggested to the Great River Honor Flight.

To order memorial trees or send flowers to the family in memory of Charles Kerr, please visit our flower store.