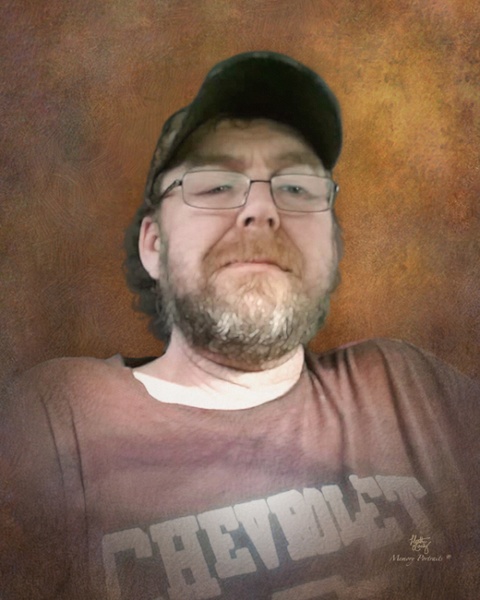 Channon was born on August 21, 1976, in Keokuk, IA, the son of Carl Wayne Sr. and Charlotte Susan (Branson) Davis.

He attended Clark County High School. On April 4, 2009, he married Tara Woodbury and to this union three children were born, Korbie, Kegan, and Kassen Davis. They later divorced.

Channon was a member of the Alexandria Gun Club and the National Turkey Federation. He enjoyed fishing, deer and turkey hunting, playing euchre, riding four wheelers, and going on all day drives with his children, one of which was to the Lucas Oil Stadium to watch the Colts and Broncos game. He loved frying fish for family dinners at the farm, but most of all his sons were his greatest love. Channon worked at Steele Castings in Keokuk doing various jobs, and also raised many different kinds of animals including hogs, cows, and turkeys.

A visitation was held Sunday, April 11, from 6-8PM. Funeral services were held Monday, April 12, at 11:00AM at the Wilson and Triplett Funeral Home. Josh Didier officiated the service. Burial followed in the Sand Cemetery. Memorials contributions in Channon’s name were suggested to the family with checks payable to Carl Davis and could be sent to the Wilson and Triplett Funeral Home in Kahoka. You are invited to share your memories of Channon and leave a condolence at www.wilsontriplett.com

To order memorial trees or send flowers to the family in memory of Channon Davis, please visit our flower store.