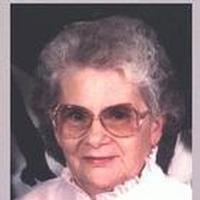 Catherine E. Dieterich, age 84, of Kahoka, MO, died peacefully Saturday, July 23, 2011, at the Clark Co. Nursing Home in Kahoka where she had been a resident the past four days.

She was preceded in death by her parents; her husband; a son, Larry Dieterich; a daughter, Catherine; two sisters, Betty Allen and Darlene St. Clair; and brothers-in-law and sisters-in-law, Norman Dieterich, Geneva and Wilbur Roberts, Betty and Harry Perry, and Kenneth St. Clair.

Catherine graduated from Kahoka High School in 1945. She worked part of her high school days and following graduation at the former Gazette Herald and from that time newspaper articles were very important to her and she always kept her children and grand-children supplied no matter where they lived with those she thought might be important to them.

She and her daughter, Frances, went to work at the Iowa Ordinance Plant following Frances' graduation. Catherine retired from the Clark Co. Nursing Home and continued to meet with her former workers, "The Golden Girls", monthly for social time.

She was a member of the Luray Baptist Church, a member of Kahoka Chapter # 40, O.E.S. and former W.O.W.

Catherine was very organized. She never forgot birthdays and was always mailing cards to family and friends along with a nice, long note. She was talented at crocheting, embroidering, quilting and each of her grandkids and several of her great grandchildren were fortunate to have received baby quilts handmade by her.

Catherine loved flowers, yard sales, and visiting with friends and family. She also enjoyed deer hunting, fishing and mushroom hunting. As a special memory, each year she would load up the grandkids with fishing poles and picnic basket and take them to the Fox Valley Lake for time with grandma and with instructions not to get in the water. Her children and their families were her greatest blessings.

Funeral services will be held Wednesday, July 27, 2011 at 10:30 a.m. at Wilson Funeral Home in Kahoka with Pastor Mark Boley officiating. Burial will follow in the Kahoka Cemetery.

Friends may call at Wilson Funeral Home after 10 a.m. Tuesday with family receiving friends from 6-8 p.m.

Memorials are suggested to the Clark Co. Local Cancer Fund or the American Heart Association.

To order memorial trees or send flowers to the family in memory of Catherine Dieterich, please visit our flower store.