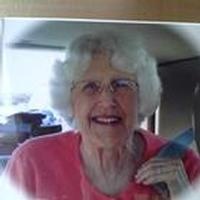 She was preceded in death by her parents and brother, William Morris Morgan.

Carolyn was a 1953 graduate of Wyaconda High School. She attended Culver Stockton College for one year and graduated with bachelor and master degrees in music from Drake University in Des Moines. She completed a class on choral conducting at Northwestern University in Evanston, IL.

Music played a very important part in Carolyn's life. She conducted the choruses at Roosevelt Jr. High and H.S. in Des Moines, IA and was a substitute instructor for choral music in Iowa City. Carolyn taught at El Paso, IL outside of Bloomington/Normal during the time her husband, Alan Peters, was teaching at Illinois State University. She was the Director of Admissions at the American Conservatory of Music in Chicago and sang in the Chicago Symphony Chorus during performances with the Chicago Symphony Orchestra. She managed the Morgan Oil Restaurant for ten years in Alexandria, MO. Later, she taught music at Gorin, MO, St. Vincent Elementary, Cardinal Stritch High School and Southeastern Community College in Keokuk. While teaching at Cardinal Stritch she arranged for her choir to sing at Carnegie Hall.

Carolyn was a member and organist for the Christian Science Society in Keokuk, IA. Her love was her faith, her church, music, and family.

A Memorial Service celebrating her life was held Tuesday, September 2, 2014 at 2 p.m. at Wilson Funeral Home in Kahoka with Hannah DeVies, First Reader. Burial followed in the Wyaconda Cemetery.

In lieu of flowers, contributions may be made to the Keokuk Community Concert Association, the Keokuk Fine Arts Council, or Peace Haven Christian Science Nursing Facility in St. Louis.

To send a flower arrangement to the family of Carolyn Morgan Peters , please click here to visit our Sympathy Store.

To order memorial trees or send flowers to the family in memory of Carolyn Peters, please visit our flower store.