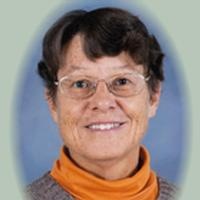 Carol Sue Brookhart, age 60, of Kahoka, MO, passed away on Sunday, August 14, 2016 at St. Louis University in St. Louis, MO, surrounded by her family. She had been battling liver disease the past seven years along with being a cancer survivor during that period.

Carol was born December 3, 1955 in Keokuk, IA, the only child of Theron M. and Betty D. Bullerd McCoy.

Carol Sue spent her early years in Wayland until her dad was transferred to Louisiana, MO, where she graduated from high school in 1974. She then attended Central Missouri State University and graduated with a degree in Music Education, majoring in vocal and minoring in instrumental.

That same year she married John Henry Brookhart on August 5, 1978.

She was preceded in death by her father; her in-laws, Charles Otis and Vera Brookhart; her grandparents, Claude Bullerd, Marie Williams, and Merryl and Mary McCoy; and several aunts and uncles including Claude Bullerd, Jr. who died in infancy.

Carol began her career at Revere C-3 where she was the K-12 vocal and instrumental music teacher. For a time she substitute taught at Clark County, Luray and Wyaconda schools. She was offered a position at Clark Co. R-1 as a Learning Disabilities aide and then as a Severely Handicapped paraprofessional. She also worked part time as music teacher at Running Fox. As long as her health permitted, she worked as a supervisor/teacher at Shiloh Christian Children's School. Carol always liked music and when she was in school participated in band. She loved to sing, play the flute, piano, organ and as a child played fiddle with her grandpa. She was a former piano teacher.

Carol had several horses who were very dear to her through the years. She enjoyed riding them, taking care of them, and just being around them. She also loved her cats. In her spare time she enjoyed working on crafts, particularly cross stitch and embroidery. As a child, Carol's family would travel and during that time visited 48 states. She and John Henry made it 49 when they were able to take a trip to Alaska.

Family was very important to Carol. As an only child, she was very close to her grandparents, aunts and uncles and cousins. Her favorite job was her role of mother. She loved watching her children grow up. She encouraged them during their years in 4H, FFA, band, and sports. She was proud of their many awards and accomplishments and was fortunate to travel with the band on several trips. As grandmother, she loved the excitement the girls would show whenever they were together. They brought her a lot of joy. More than anything was her love for Jesus which she enjoyed sharing with her family and others. She lived her faith and it carried through and gave her strength during the times of suffering and it never waivered. She fought the fight, finished the race, and kept the faith.

A funeral service celebrating her life was held Friday, August 19, 2016 at 10 a.m. at Wilson Funeral Home in Kahoka with Pastor Mark Boley officiating. Music was provided by Evonne Adams, vocalist, Leah Sayre on the flute and Mark Boley on piano, singing "In The Garden". Other songs included: "No More Nights", When We All Get To Heaven", "Because He Lives" and "Come To Jesus". Burial followed in the Kahoka Cemetery. Pallbearers were: Kevin Ross, Ralph Dorrell, Tedd Hodges, Randall Briscoe, James Ross and John Mohr. Honorary bearers were: Jerry Brookhart, Larry Ross, Robert St. Clair and Charlie Briscoe.

She requested memorials in her memory be made to one of the following: Shiloh Christian Children's Ranch, Gideon's International, Kahoka Cemetery, or The Lesters (gospel group).

To order memorial trees or send flowers to the family in memory of Carol Brookhart, please visit our flower store.