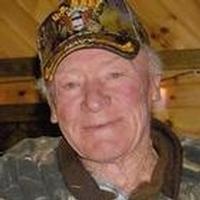 On December 4, 1992, he married Linda Jenkins Sears in Muscatine, IA.

He was preceded in death by his parents; a step brother; and, brothers-in-law John Lang and Tom Jenkins.

Carl was a U.S. Navy Veteran. He was a retired employee of the University of Iowa Hospital in Iowa City where he worked in housekeeping. Following his retirement he had been a janitor in the Luray School at Luray, MO. He was a member of Ayer-Boatman Post # 4342, V.F.W. in Kahoka and was former bar manager and bartender. Carl was a huge Nascar fan. He enjoyed attending his grandson's college football games in Pella, IA and loved to host and do the grilling for the family's annual 4th of July celebration. He also enjoyed visiting with his many friends.

Funeral services will be held Wednesday, November 7, 2012 at 1:30 p.m. at Wilson Funeral Home in Kahoka with Pastor Ray Gilbert officiating. Burial with full military honors will followed in the National Cemetery in Keokuk, IA.

Friends may call at Wilson Funeral Home after 9 a.m. Wednesday with family receiving friends from 12:30 p.m. until time of services.

To send a flower arrangement to the family of Carl J. Luedeman , please click here to visit our Sympathy Store.

To order memorial trees or send flowers to the family in memory of Carl Luedeman, please visit our flower store.