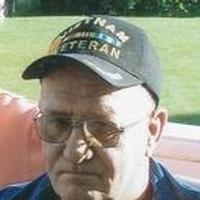 Having spent 10 years together, he and Sandy Lee Beutler were married on February 14, 1995.

Billy was raised and educated in the Revere area. He received his GED while serving in the Army and later was certified in mechanics by Carl Sandburg College.

A U.S. Army Veteran, Billy served from 1967-1969 and later from 1971-1979. Following his service he operated a small engine repair in Hamilton, IL later operating a hog farming operation near Williamstown. He worked in the health care field as a CNA as long as he was physically able.

Billy was a member of the V.F.W. and the American Legion and the NRA. He was an excellent mechanic and persistent at whatever he did. He enjoyed playing video games, watching movies, playing cards, and cutting up with the kids. He loved being with his grandchildren.

Family received friends Sunday, October 12, 2014 at 1 p.m. at Wilson Funeral Home in Kahoka. A time of Celebrating and Remembrance was held at 2 p.m. with Military Rites following and concluding the service.

To send a flower arrangement to the family of Billy F. Lucas , please click here to visit our Sympathy Store.

To order memorial trees or send flowers to the family in memory of Billy Lucas, please visit our flower store.