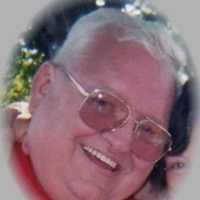 Bill L. Hayden, age 74 of Kahoka, MO, passed away Tuesday, April 30, 2019 in the Fort Madison Community Hospital where he had been admitted earlier in the day.

Bill was born December 12, 1944 in Kahoka, a son of Wesley Edward and Madonna Overhulser Hayden.

In addition to his wife, Bill was preceded in death by his parents; his step-father, Lee Perry; a son, Larry Hayden in 1988; a brother, Joe Wesley Hayden; a nephew, Randy McDaniel.

Bill graduated from Kahoka High School and was a U.S. Navy Veteran. Until his retirement, he drove a truck for Wal-Mart for many years. Bill was an active member of Ayer-Boatman Post # 4342, V.F.W. He was a loving grandpa.

Military rites were held Saturday, May 4, 2019 at 11:30 a.m. at Wilson Funeral Home in Kahoka. Burial was private in the Kahoka Cemetery.

Visitation was held one hour prior to services at Wilson Funeral Home.

Memorials may be made to the V.F.W. 4th of July Fund.

To send a flower arrangement to the family of Billy L. Hayden , please click here to visit our Sympathy Store.

To order memorial trees or send flowers to the family in memory of Billy Hayden, please visit our flower store.