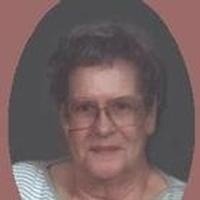 as well as nieces, nephews, cousins, and many friends.

At the age of 15, Betty began working as a telephone operator in Madison, WI. Later, she was bookkeeper for Ayers Oil Co. in Kahoka for many years. She also babysat for a number of years where she touched many children's lives and retained life-long friendships.

She was a member of the Kahoka Christian Church and Sunday School treasurer for over 35 years. She was also a member and past Noble Grand of the former Rebekkah Lodge in Kahoka.

Betty had a "green thumb" and anything she touched bloomed and was beautiful. She collected and also made dolls. She was talented at sewing,quilting, knitting, painting and crafting. She and Daryll loved being with their family and friends and enjoyed times spent playing cards, camping and just being together.

Memorials are suggested to the Peaksville Cemetery or the Kahoka Christian Church.

To order memorial trees or send flowers to the family in memory of Betty Calvert, please visit our flower store.