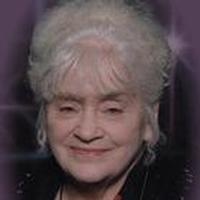 She married Alva Junior Ash and they were the parents of five children.

She was preceded in death by her parents; her sisters, Marybelle Rockhold and Sandra Toops; and brothers-in-law Dick Rockhold and George Buschling.

Betty was a graduate of Kahoka High School and received her associate's degree in art from SECC. She was a wonderful artist who expressed her abilities in many ways. She was an accomplished seamstress who made clothes for her family and others. She enjoyed scrapbooking and giving them to her family. She wrote beautiful poems with several published and numerous articles for local newspapers. She was well known for her hats and lovely scarves.

Most of her adult life was spent as a housewife, but she had worked for Swifts, St. Louis Die Cast, and Clark Co. Nursing Home as a CNA. She was a member of the former Carnation Club of Wayland and a member of the Standing Bear Council. First and foremost, was her love for God and for her family.

Memorial services were held Saturday, August 9, 2014 at 3 p.m. at Wilson Funeral Home in Kahoka with Pastor Paul Milliken officiating. Inurnment followed at a later date in the Sand Cemetery at St. Francisville.

To send a flower arrangement to the family of Betty Jo Ash , please click here to visit our Sympathy Store.

To order memorial trees or send flowers to the family in memory of Betty Ash, please visit our flower store.