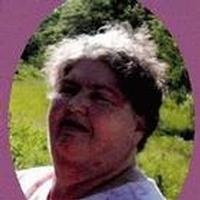 Betsy was born April 10, 1949 in Keokuk, IA and in earlier years was raised by her grandparents James and Opal McDaniel while her mother worked and later by her mother and step-father Betty McDaniel Hodges and Bert Hodges.

She married Ronnie D. Fox on December 11, 1965 in Killeen, TX while he was serving in the Army. They would have celebrated 47 years together this coming December.

She was preceded in death by her mother and step-fathers, Bert Hodges and Dean Phillips; and a son, Albert L. Fox.

Betsy was employed for 21 years at the Lewis Co. Nursing Home in Canton. She began as a nurses aide and with additional certification eventually became the Dietary Manager until her retirement. While there, she attended John Wood Community College and baked many beautiful cakes and cookies following her certification by Wilton. She also baked many items for friends and family and was talented at arranging flowers.

Betsy was a member of Luray Full Gospel Church at Luray and of Peaksville Christian Church. She loved worshiping with both church families. She was an excellent cook and it is said she could make a gourmet meal out of a box of rocks. She loved to raise a weed-free, large garden and to can its harvest. She also loved raising many flowers. She was an excellent seamstress and also quilter. She was also talented at crocheting. She dearly loved her horses and drawing pictures of them. She had loved to write songs. Betsy worked hard all of her life and could do anything that she tried. She enjoyed playing cards, spending time with her family and morning coffee on her deck. She was a giving person even to the end as she donated her corneas so that someone else might see.

Burial was in Oakwood Cemetery in Hamilton, IL.

To order memorial trees or send flowers to the family in memory of Betsy Fox, please visit our flower store.