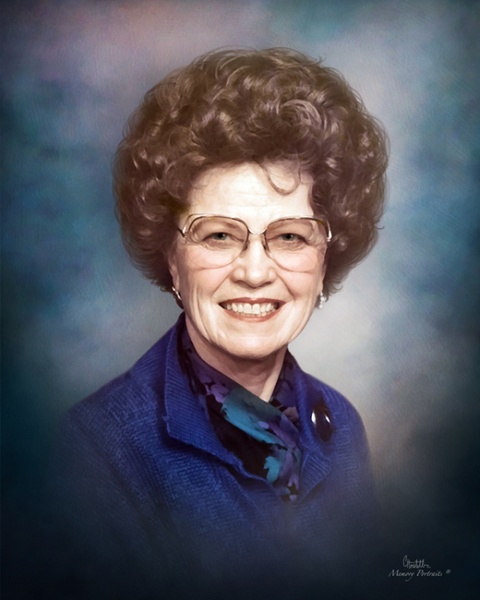 Beth Burke, age 88, of Kahoka, left this world to meet her Lord and Savior on Thursday, March 25, 2021, at the Clark County Nursing Home in Kahoka.

Beth was born on October 2, 1932, the daughter of the late John and Lyda Haynes on the family farm near Atlanta, Missouri. She attended Moody Grade School and was a graduate from Atlanta High School. Beth went on to obtain her teaching degree from North East Missouri State College in Kirksville, Missouri. While at college, she met Robert L. Willis and they were married on October 10, 1952. Beth and Robert moved to Kahoka where two children were brought into the union, Rodney L. Willis and Sharon B. Willis. The family moved away from Kahoka in 1970, however the town and people of Kahoka continued to stay in her heart. She and Robert divorced in 1973, when Beth and her daughter Sharon moved to St. Louis to live with Beth’s older sister, Goldyamay Doyen. Her son Rod moved on from Missouri to California.

Although Beth was educated as a teacher, she went on to Business School after moving to St. Louis and obtained a job as a civilian employee at the United States Army records center. This occupation was very satisfying to her and she remained there for close to twenty years until her retirement at age 61.

While living away from Kahoka, she continued to go back to visit friends multiple times a year. It was on one of these visits that she met S. East Burke and they were married on March 6, 1993, in Sedalia, Missouri, by Brother Robert Humphreys, a longtime friend of the family. Beth and East lived happily together on his farm outside of Kahoka for twenty-six years. Beth loved going back to the farm life and living near Kahoka and her friends once again.

On November 11, 2011, Beth achieved her 50 year certificate for being a member of Eastern Star, Kahoka chapter number 40. In addition to her husband and close cousins, her daughter Sharon and husband Richard were in attendance at her pinning ceremony.

Beth is survived by her husband, East, one son, Rodney (Bernadette) Willis of San Jose, California, one daughter, Sharon (Richard) Prentice of Honey Grove, Texas, two grandchildren; Miriam Willis and Claire (Joe) Nolan-Vallone, and two great-grandchildren, Alice and Nell Vallone. She was preceded in death by her sister, Goldyamay and her parents.

Funeral services honoring the life of Beth were Sunday, March 28, 2021, at 2:30PM at the Wilson and Triplett Funeral Home in Kahoka. A visitation began at 1:00PM prior to the service. Burial followed in the Kahoka Cemetery. Pastor Shawn McAfee officiated the service. Dan McAfee sang an was accompanied by Kathy Wilson.  Memorials in Beth’s name were made in lieu of flowers, to the Clark County Cemetery Trust Fund for the Kahoka Cemetery.

To order memorial trees or send flowers to the family in memory of Beth Burke, please visit our flower store.