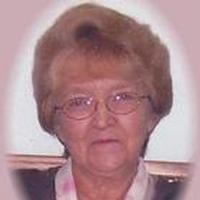 Barbara was born April 1, 1942 in Rockford, IL, a daughter of Luke and Mary Bondick McDonnell.

She was preceded in death by her husband; her parents; a son, Art Griffis; a grandson, Ben Tripp; and a son-in-law, Raymond Ciaccio.

Barbara grew up and graduated from high school in the Rockford area. Together with their children, Norm and Barb owned and operated Rockford Auto Sales for twelve years, closing it in 1987. They moved to Missouri twenty-eight years ago where Norm had family, and to enjoy their retirement in an area where he could hunt and fish. Barb was a stay-at-home mom most of her life, but in later years worked for Mac's Super Saver and Clark Co. Tax Service.

Barb loved crafting, cooking, baking, shopping, and collecting angels. Friendships were something she held very dear. Treasured by her was spending time with and caring for her grandkids.

Memorial services were held Saturday, March 1, 2014, at 3:30 p.m. at Wilson Funeral Home in Kahoka with Pastor Shawn McAfee officiating. Inurnment will be held at a later date in Rockford.

Visitation was held from 2:30 p.m. until 3:30 Saturday at Wilson Funeral Home.

Memorials in lieu of flowers were suggested to the American Cancer Society (for the Clark Co. Relay for Life.)

To send a flower arrangement to the family of Barbara M. Griffis , please click here to visit our Sympathy Store.

To order memorial trees or send flowers to the family in memory of Barbara Griffis, please visit our flower store.