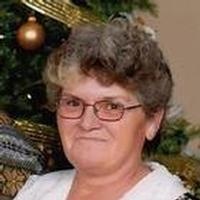 Barb was born August 17, 1954 at West Point, IL, the daughter of Estel and Edna Goodwin Morss.

She was preceded in death by her parents; her in-laws, Joseph W. and Paula J. Dunning; grandson, Tyler Saxton; and brother-in-law, Kevin Dunning.

Barb was a Q.M.A. Inspector for Norris Asphalt Paving. She and Bill had been owners of the Orbit Inn in earlier years. She enjoyed cooking, baking, and working in her garden. She also loved anything to do with horses. Most of all, she cherished time spent with her family and grandchildren.


Memorials were suggested to the Clark Co. Senior Center.

To send a flower arrangement to the family of Barbara J. Dunning , please click here to visit our Sympathy Store.

To order memorial trees or send flowers to the family in memory of Barbara Dunning, please visit our flower store.