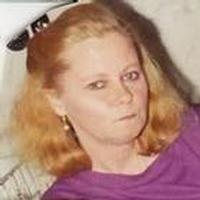 She was preceded in death by her parents; a grandson, Tony Paul; son-in-law, Michael E. McGee; and brother-in-law, Cecil Jones.

Barbara received her G.E.D. and additional nursing training. She was a CNA at LaHoma Gutting's Boarding Home in Kahoka. She returned to Muscatine where she worked in the restaurant business for several years. At her retirement, she was a dietary aide at River Hills in Keokuk.

Barbara had a strong faith and read her Bible daily. She enjoyed sewing, coloring, reading, dancing and listening to country western music. She had lived with her daughter, Tammie, and spoiled her kittens like children. She loved being with her family.

Funeral services were held Saturday, July 27, 2013 at 10 a.m. at Wilson Funeral Home with burial following in the Kahoka Cemetery.

To send a flower arrangement to the family of Barbara Lee Burlingame , please click here to visit our Sympathy Store.

To order memorial trees or send flowers to the family in memory of Barbara Burlingame, please visit our flower store.