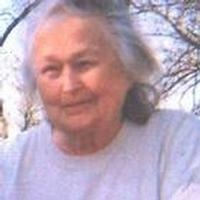 Barbara was born March 3, 1940, in the same house in Kahoka in which she was raised and lived most of her adult life. She was the daughter of John C. "Curly" and Virginia H. Malone Inman.

Survivors include her children and their families: Barbara Murphy and Kevin Johnson of Revere, MO, Merle Eugene and Kandy Hamner of Williamstown, MO, Evelyn and Matthew Moore of Kahoka, and Michael and Trinity Banes also of Kahoka; several grandchildren, great grandchildren, and nieces and nephews.

She was preceded in death by her parents; a brother, Robert Dean Inman; sisters, Virginia Fern Murphy and Laurie Kathleen Inman; a son, Matthew Banes; and grandson, Toby Foglesong.

Barb graduated from Kahoka High School in 1958. Most of her life was spent in the health care industry, first as a CNA at "Gutting's Boarding Home", and later at the Clark Co. Nursing Home in housekeeping and laundry. She later worked as a dispatcher for the Clark Co. Sheriff's office. She found her "calling" when she became an E.M.T. and then a Paramedic for the Clark Co. Ambulance District until she became disabled from a severe cerebral hemorrhage. As an ambulance employee, her compassion and caring became a source of comfort to those in

life-threatening situations. She and others felt a gap in the care being provided and together they founded the Clark County Rescue Squad which continues today to be one of the finest around. Working together, these organizations have saved lives of many, their worth being immeasurable.

Barb had many interests and hobbies and it was while working on genealogy that she discovered that she had Native American blood. She embraced her findings and became active in the Thunder Bird Society, traveling and educating others on the life of Native Americans. For many years she traveled to Pine Ridge Reservation in South Dakota to distribute food and clothing to the needy and in 2002 was officially named Elder by the voting majority of the tribe.

Barbara loved and cared for people, but her most important job was raising her children and finally being able to enjoy and spend time with them and her grandchildren.

At Barbara's request, cremation rites have been accorded. Graveside memorial services will be held Saturday, March 12, 2011 at 1 p.m. at the Kahoka Cemetery with Hospice Chaplain, Paul Milliken, officiating, and ceremonial rites by The Thunder Bird Society. Also participating will be the Missouri EMS Honor Guard and the Clark Co. Rescue Squad.

To order memorial trees or send flowers to the family in memory of Barbara Banes, please visit our flower store.