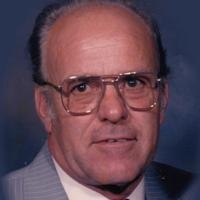 Arza Eugene Shultz, age 84, of Kahoka, Missouri, died on Saturday, May 13, 2017 at the Donnellson Care Center in Donnellson, Iowa.

Arza was born July 4, 1932, near Greensburg, Missouri, a son of William and Della May (Robinson) Shultz.

He was married to Mary Williams Townsend of Greensboro, Missouri at the Bible Grove Christian Church in Bible Grove, who survives.

He was preceded in death by his parents; three brothers, Harry, William and Robert Shultz; and two sisters.

Arza graduated from Frog School near Baring, MO. He served in the U. S. Army from January of 1953 to December 1955 in Alaska as a Ski Instructor and then remained in the Army Reserve for twelve years. He received numerous medals. He was selected to go on the Honor Flight in Washington on May 22, 2014.

Arza was a former employee of Foote Mineral in Keokuk for 18 years, an employee of Farm and Home in Keokuk, and of the Clark County R-1 School District for 22 years. He was a member of the Kahoka Fire Department for 18 years, Revere School Board for 12 years and the former Revere Community Church Board for 35 years. He served as a leader for Happy Hurricane 4-H Club for 35 years. Arza was the 4-H Sheep Barn Superintendent for the Clark County Fair for 35 years. He also sheared sheep for 35 years. He was a Tran Wagon Driver at the Missouri State Fair for several years. His family with their registered herd began showing sheep in June and traveled from fair to fair through the summer, always attending the Missouri State Fair and Iowa State Fair. They were well known throughout the state and beyond. He was a faithful member of the Peaksville Christian Church before his health began to fail.

Needless to say, Arza was a busy man who loved farming, his sheep and the time spent with his children growing up and working together day in and out to take care of their herd. After he and Mary moved to Kahoka, he was a familiar figure out walking enjoying the outside where he had spent so much time. He loved being with his children and grandchildren and snuggling each new born baby.

Funeral services for Arza Shultz were held Thursday, May 18, 2017 at 11 a.m. at Wilson Funeral Home with Rev. Goldie Laymon officiating. Burial with military honors followed at the Sunnyside Cemetery in Milton, IA.

Memorials are suggested to the Clark Co. Jr. Livestock Committee (for sheep barn).

To order memorial trees or send flowers to the family in memory of Arza Shultz, please visit our flower store.