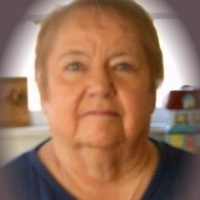 She was preceded in death by her parents; two brothers, Marvin and James Salyers; and a great grandson, Owen Lee Hornung.

Arlene was manager of Taco Johns in Keokuk for 25 years and later managed Prairie Winds Motel at Carthage. For several years she was employed by Methode in Carthage. When Richard was alive they drove a semi tandem for a period of time. Arlene moved to Joplin and for twenty years managed the Westwood Motel. Following her retirement she returned to the Keokuk/Carthage area. She sold Avon for many years.

She had attended the Assembly of God Church in Keokuk frequently. Arlene love to play Bingo at Hyvee with her sisters, Gail and Sharon. She was an avid reader and loved to put together puzzles and give them as gifts. Her family was very dear to her.

Visitation was open to the public with family receiving friends from 1:30 p.m. Saturday until time of services.

Memorials in lieu of flowers are suggested to the family and checks may be made payable Buddy Hornung.

To send a flower arrangement to the family of Arlene Goss , please click here to visit our Sympathy Store.

To order memorial trees or send flowers to the family in memory of Arlene Goss, please visit our flower store.