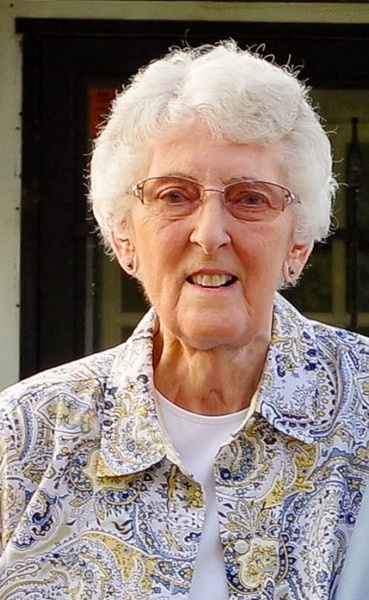 Lois Arlene Carlin, 81, of Kahoka, Missouri, passed away on Monday, May 2, 2022, at her home surrounded by her family.

She was born October 29, 1940, in Scotland County Missouri the daughter of the late Alva and Mary (Goosey) Howell.  She attended grade school at Plum College, a one room schoolhouse near Arbela, Missouri.  She graduated high school from Granger High School in 1957.  She went to the Burlington Beauty Academy in 1959 and graduated in May of 1960 as Salutatorian of her class.  She was a member of the Kappa Delta Chi Sorority.

Arlene married Larry Richard Carlin, August 14, 1960, at St. Michael’s Catholic Church in Kahoka, and he survives.  To this union three children were born.  She worked at a beauty salon in Memphis, MO until her children were born.  She was a stay-at-home mom and babysat for many children until 1972 when she went to work at Black Hawk Elementary working in the food service.  In 1979 she took over as the Food Service Director.  She retired after 30 years to take care of her mother in the nursing home.

Her faith was important to her.  She was a member of the Cedar Grove Baptist Church.  She taught Sunday school and worked with her husband in the bus ministry.  She enjoyed doing Bible studies through the Mailbox Club.  She was well known for her No Bake cookies, Texas sheet cakes, and Angel food cakes.  Arlene loved spending time cooking for her family.  She was an avid reader, loved to crochet, decorating for the holidays and spending time with her family.  She loved her grandchildren and great-grandchildren.

Graveside services honoring the life of Arlene will be conducted at 10:30 am on Saturday, May 7, 2022, at the Kahoka Cemetery. Pastor Mike Shea will officiate. Those attending the service are asked to meet at the cemetery. A private family visitation will be held prior to the service at the cemetery. The Wilson & Triplett Funeral Home in Kahoka is in charge of the care and arrangements. In lieu of flowers, memorial contributions in memory of Arlene are suggested to St. Jude’s Children’s Hospital. You are invited to share your memories of Arlene and leave a condolence at www.wilsontriplett.com

To order memorial trees or send flowers to the family in memory of Arlene Carlin, please visit our flower store.