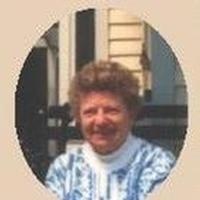 Anne Huiskamp Hiller, age 83, of Kahoka, MO, died Tuesday, November 3, 2009, in the Clark Co. Nursing Home in Kahoka where she had been a patient the past month.

The daughter of Gerard Lawrence Huiskamp and Lillian Barr Huiskamp, she was born June 12, 1926 in Keokuk, IA.

She was employed as chief designer and pattern maker at Huiskamp Bros. Shoe Co. In Keokuk, IA for six years. For two years she was secretary of the Lee County Mental Health Association, and for eight years was executive secretary, advertising manager, and Industrial Publications Director for Little Giant Crane and Shovel, Inc. of Des Moines, IA.

While in Keokuk, Anne was active in the community, serving on the YWCA board and heading a Red Cross fund drive. She was organization secretary for the Lee County Republican Party and Commodore of the Keokuk Sailing Club. She was treasurer of AAUW (American Association of University Women) and taught Sunday School at St. Johns Episcopal Church.

She and Hiram were famous for their annual New Years Day party. In later years she was a member of the Clark Co. Historical Society.

She was preceded in death by her parents; her husband, Hiram; and a brother, Henry C. Huiskamp, who died December 4, 1999.

Graveside services were private in the Kahoka Cemetery with the Rev. Larry Snyder officiating.

Memorials may be made to the Keokuk Library Foundation or the Clark County Historical Society.

On-line condolences may be expressed at www.timeformemory.com/wilsonfh.

To order memorial trees or send flowers to the family in memory of Anne Hiller, please visit our flower store.