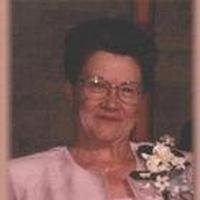 Anna was born September 18, 1926 at her parent's home in rural Alexandria, MO, the daughter of Arthur and Alma Jesberg Dienst.

She married Ralph Guilford in 1946 and they were the parents of a daughter, Beverly. Following their divorce, she was married to Robert Ware who later preceded her in death. She was reunited with a former schoolmate, Gerald "Jerry" Rankin Miller, who had also been widowed and they were married on June 16, 1999. They made their home in Clark County, which she loved so very much. He preceded her in death on November 15, 2010.

Anna was raised in "the bottoms" of Clark County, Missouri. She attended Keystone School, received her teaching certificate from Kirksville State Teacher's College and then taught at Keystone and Mt. Albia schools before moving to Quincy and teaching the next 29 years at Washington School. During part of that time, she was co-owner of Bob Ware Tours.

She loved to travel, play cards, collect items, raise a garden, and growing and caring for flowers. She was also an avid shopper. Anna never knew a stranger, could talk for hours on end, and wasnt happy unless cooking a big meal for family and friends. She had a servant's heart that insisted on her being hostess as she enjoyed fellowship with her family. If you ever met Anna, you were included as part of that family. Her love for others knew no boundaries.

Memorials are suggested to Our Redeemer Lutheran Church in Quincy, IL, Zion Cemetery, or the donor's choice.

To order memorial trees or send flowers to the family in memory of Anna Miller, please visit our flower store.