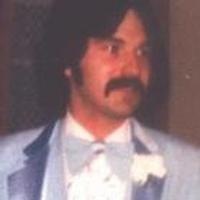 He was preceded in death by his sisters, Joanne Schoonover and Brenda Ferguson, and his grandparents, Clyde and Mabel Butler and Andy and Mae Ferguson.

Andy completed his education in Meridian, MS. In his teens and early twenties, he participated in and won many sanctioned motor cross races throughout the United States. He never lost his love for racing. He enjoyed motorcycle races, but was an avid Nascar fan, particularly of No. 99, Carl Edwards, who was his favorite.

Andy was retired from Dial Corporation in Fort Madison. He worked for Dollar General in Fulton, MO, and was also a guard at the Fulton State Hospital. He enjoyed searching for arrowheads, going antiquing and restoring antiques. He spent many hours volunteering with the local commodity distribution and loved doing so. He was always willing to lend a helping hand to others in need.

Funeral services were held Monday, November 23, 2009, at 1 p.m. at Wilson Funeral Home in Kahoka with Jeff Smith officiating. Burial was in the Kahoka Cemetery.

Memorials in lieu of flowers are suggested to the Clark Co. Food Pantry.

To order memorial trees or send flowers to the family in memory of Andrew Ferguson, please visit our flower store.