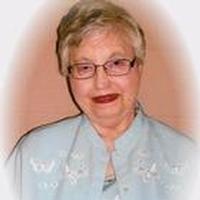 Alice was born March 31, 1935 near Revere, MO, a daughter of Robert Edison and Leona King Toops.

She was preceded in death by her parents; her husbands; and two brothers, Dale and Nolan Toops.

Alice was a 1953 graduate of Kahoka High School. She was a life-long Methodist and member at the Kahoka United Methodist Church. She served in many positions at the church and was always willing to do whatever was needed and contribute physically or financially. She was currently in charge of Attendance and Membership. She was a 45-year member of the D.A.R.

Alice believed in giving back to the community and volunteered at the Senior Center for many years and supported the food pantry. For a long time, she volunteered at the well-baby clinic at the County Health Dept. She looked forward to Mary bringing her dog to visit and her grandbabies. Since being at the R.C.F., she loved sharing her bingo winnings with the grandchildren. She was devoted to her church and family and they fulfilled her life.

Friends registered at Wilson Funeral Home between the hours of 9 and 5 on Friday and after 9 a.m. on Saturday. Family will receive friends from 10 a.m. until time of services at 11:00 a.m.

Memorials in lieu of flowers are suggested to the Clark County Food Pantry, Kahoka Senior Center or the Kahoka Cemetery.

To send a flower arrangement to the family of Alice Toops Gallup , please click here to visit our Sympathy Store.

To order memorial trees or send flowers to the family in memory of Alice Gallup, please visit our flower store.