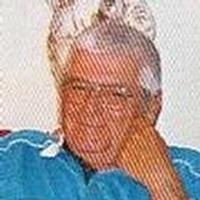 Albert was born July 15, 1936 near Alexandria, MO, a son of Clarence and Lela Courtney Brewer.

He graduated from Kahoka High School and shortly afterward entered the U. S. Army. Following his discharge he served in the U.S. Army Reserves for an additional six years.

He was preceded in death by his parents; a brother, Eddie Brewer; sister and husband, Lois and George Tanner; brother-in-law, Charlie Shoup; nephews, Stanton and Gary Tanner; and, niece, Linda Plenge.

Albert was a farmer all of his life. He was a true outdoorsman who loved to hunt, fish and maintain a large garden. He had been baptized into the family of God and membership of the Peaksville Christian Church. He was a die-hard St. Louis Cardinal fan.

Even though he never had children of his own, he was instrumental in helping to raise his nieces and nephews and was there for each one when needed. He was a wonderful brother, a much-loved uncle and a great friend.

To send a flower arrangement to the family of Albert C. Brewer , please click here to visit our Sympathy Store.

To order memorial trees or send flowers to the family in memory of Albert Brewer, please visit our flower store.