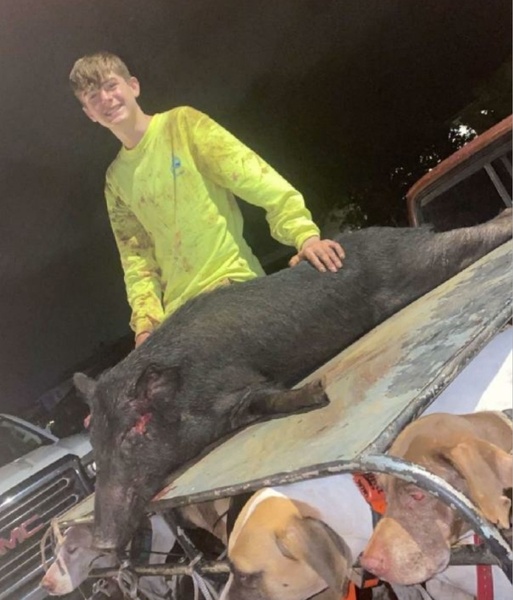 Jordan Eugene Griffey, 14, of Williamstown, passed away unexpectedly on December 4, 2021.

Jordan was a freshman at Clark County R-1 High School. He had a passion for the outdoors and loved fishing and hunting, arrowhead hunting with Matt Stewart, and he enjoyed riding four wheelers. Jordan liked to play football, skate and enjoyed spending time with his friends. He loved to spend time hunting with his great uncle Doug Bradley and his cousin Dylan Bradley. Jordan was known as a kind and loving person.

Funeral services honoring Jordan’s life were conducted at 5:00 pm on Friday, December 10, 2021 at the Clark County R-1 High School gymnasium in Kahoka. Pastor Kim McNamar officiated. A visitation was held on Friday from 2:00 pm until the time of services at the school. Cremation rites were accorded following the services. Memorial contributions in Jordan’s memory were suggested to the family. Funeral arrangements were under the care and direction of the Wilson & Triplett Funeral Home in Kahoka. You are invited to share your memories of Jordan and leave a condolence at www.wilsontriplett.com

To order memorial trees or send flowers to the family in memory of Jordan Griffey, please visit our flower store.